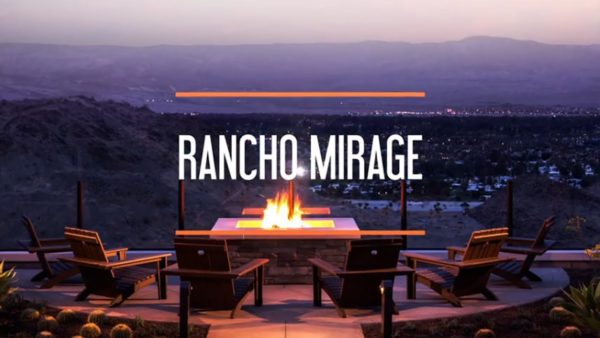 In 1946 Los Angeles architect Hank Gogerty purchased a few hundred acres of desert in Rancho Mirage. There he sculpted and groomed a pair of beautifully manicured grass runways shaped like a pair of emerald scissors.  The longest was 3,000 feet and occasionally used for polo.  By 1951 he heralded the opening of his Desert Air Hotel, a true oasis complete with individual cottages, pool, a dining room, and a fabulous watering hole that attracted pilots from near and far. During its heyday, there could be as many as a 100 visiting airplanes on holiday weekends. Many belonged to Hollywood celebrities, politicians, royalty, and other notables seeking escape. Like so many other airports, Palm Desert Airpark fell victim to escalating real-estate prices and was purchased by land developers in 1968.

Recognized for elegant ambience and a unique luxury lifestyle, Rancho Mirage evolved into world-renown exclusive gated communities and beautiful golf courses, and became known as ‘The Playground of Presidents.

The city boasts world-class resorts, including the Ritz-Carlton, the valley’s only five-star lodging property, Other notable resorts include the Omni Rancho Las Palmas Resort, The Westin Mission Hills Golf Resort & Spa, Mission Hills Country Club, the home to the LPGA /ANA Inspiration golf tournament, and Agua Caliente Casino and Resort Spa, and The River, a destination for dining, shopping, and entertainment.